There are several breakthrough technologies which are still in their infancy, but are very quickly becoming part of our daily lives. Once these technologies are matured in the laboratory, they will be new tools that can be applied to diseases in ways we have only imagined. These new technologies will bring mankind out of  technological childhood and will address medial obstacles that have eluded medical science for so long.

Russell Hanson chairs the Committee on Advanced Technology at The Cure Is Now, directing development efforts for emerging and advanced technologies where they are needed most – for the cures. Synthetic biology, medicinal chemistry, bioengineering, and chemical engineering are entering a renaissance period. New functional and logical biological circuits can perform directed tasks based on sensors and logic at the viral and organismic levels. Personalized medicine, personal genotyping and gene sequencing have experienced an exponential decrease in their cost and a concomitant increase in their value to the patient. Individual medicines can now be tailored to patients’ diseases based on their own genes.

Advanced research and emerging technologies are trickling down from research labs. Putting these technologies in the hands of patients, doctors, and clinicians, of course after suitable safety and efficacy testing, can change the nature of human health care.

The goal along with other members of the Committee on Advanced Technology is to identify, research, and develop emerging and advanced technologies that can most plausibly be applied in the medical field. Many of the core techniques can be applied to diverse areas from neurology to cancer – many in the areas of The Cure Is Now‘s committees expertise. Through assembling a group of experts with diverse backgrounds commonalities between the mechanisms of diverse diseases can be exploited. Engineering, research, and technology for one disease or system can be applied to a different disease with similar biology without extensive re-engineering.

If you have any questions regarding the Committee on Advanced Technology, would like to join, or would like to become involved in The Cure Is Now‘s activities in advanced technology you can contact Russell Hanson at rhanson@thecureisnow.org.

Ben Goertzel is CEO of AI software company Novamente LLC and bioinformatics company Biomind LLC; leader of the open-source OpenCog AI software project; Vice Chairman of Humanity+; Advisor to the Singularity University and Singularity Institute; and External Research Professor at Xiamen University, China. His research work encompasses artificial general intelligence, natural language processing, cognitive science, data mining, machine learning, computational finance, bioinformatics, virtual worlds and gaming and other areas. He has published a dozen scientific books, nearly 90 technical papers, and numerous journalistic articles. Before entering the software industry he served as a university faculty in several departments of mathematics, computer science and cognitive science, in the US, Australia and New Zealand. He has three children and too many pets, and in his spare time enjoys creating avant-garde fiction and music, and the outdoors.

Dr. Itamar Arel is an Associate Professor of Electrical Engineering and Computer Science and director of the Machine Intelligence Laboratory at the University of Tennessee. He is a co-founder of the Biologically-Inspired Cognitive Architectures (BICA) Society and a Senior Member of IEEE. During 2000-2003 he was with TeraCross, Inc., a fabless semiconductor company developing Terabit/sec switch fabric integrated circuits, where he held several key positions including chief scientist. His research focus is on high-performance machine learning systems, with emphasis on deep learning architectures, reinforcement learning and decision making under uncertainty. Dr. Arel is a recipient of the US Department of Energy Early Career Principal Investigator (CAREER) award in 2004. He holds a B.S., M.S and Ph.D. degrees in Electrical and Computer Engineering and an M.B.A. degree, all from Ben-Gurion University in Israel.

David Bychkov, Chairman, President and CEO of Exmovere is the architect of Exmovere Holdings’ product and management strategies. His singular objective is to extract as much value as possible from the company’s core intellectual properties and biomedical engineering competencies for the company’s shareholders. His management team’s immediate tasks are: to compete for hundreds of millions of annual government R and D dollars, to produce and deliver wireless and embedded biosensor products for healthcare, security and mobility to government and commercial customers, and to acquire synergistic, profitable companies.

A native of New York, David is currently ABD in the Philosophy of Neuroscience at the European Graduate School (EGS) in Saas Fee, Switzerland. In 2005, David completed his Master’s Degree at EGS and has since been honored to study under Professors Wolfgang Schirmacher, Sandy Stone and Siegfried Zielinski. Like his grandfather, the Russian psychophysiologist Dr. May Bychkov, David is a disciple and student of Karl Pribram’s holographic model of the brain. David holds a Bachelor’s Degree in Cinema and Media Studies from the University of Chicago. It was at Chicago where he studied under Yuri Tsivian and Tom Gunning, and received research funding to uncover the linked histories of neuropsychology and cinema. David Bychkov went on to serve as Professor of Holographic Cinema and Director of the Laboratory of Psychophysiology at Universita’ dell’ Immagine in Milan, Italy from 1999-2006. It was at Universita’ dell’ Immagine that David, Fabrizio Ferri and fellow scientist Dr. William Giroldini first deployed emotion detection algorithms in the fields of market research, skin products testing and flight simulation.

He has a history of developing a number of successful businesses and holds Executive positions including that of CEO, on the boards of a number of Private and Publicly Quoted Companies in both Europe and North America. He is also involved in the Alternative Energy sector, through his private investment company Montroyal and in the development of cutting edge medical devices and processes through Westhouse Medical Services Plc, including BreastCheck a non-invasive test for Breast Cancer Morris Folke Johnson is a citizen-Scientist with an agri-business entrepreneurial and public policy development background. Johnson earned a diploma in HACCP (Hazard Analysis Critical Control Points) Systems Management from University of Saskatchewan Food Centre. Morris is an advocate for the integration of accelerated discovery to mass commercialization life cycles for lifespan and healthspan extension technology modeled upon the faster/better/cheaper semiconductor, software legacy and Moore’s Law. Integrating good business with the emerging healthspan/lifespan technology economy means obstacles have to be assimilated and the resources driving resistance be redirected in a constructive manner with only nominal resources lost to regulatory and ideological bickering. In the old economy time was money, in the emerging economy lost time also means death, suffering and loss of “human-capital” productivity.

Ed is an author, artist, entrepreneur and cultural change agent. With co-author James A. Anderson, Ed has written the following textbooks on neural networks; Neurocomputing: Foundations for Research and Neurocomputing 2: Directions for Research, were published my MIT Press in 1988 and 1990. Talking Nets: An Oral History of Neural Networks was published in 1998, also from MIT Press. Ed’s books are as follows: The Book of Highs and, Real Time 1 &  2: Catalogs of Ideas and Information, co-authored with John Brockman. Ed has been the founder of many publications and newsletters including Omni Magazine, The Gestalt Journal and INTELLIGENCE – The Future of Computing, which is still published monthly.

In 1994, Neal Goldsmith and Ed started BusinessTech.com, an online business strategy publication that ran weekly through 1999. In 2001, they founded the Carriage House Talks salon, now called the Poetry Science Talks. In 2006, Gerd Stern and Ed completed the libretto for the opera, Psyche and Delia. Ed and James A. Anderson are currently co-authoring BEYOND DIGITAL: The Coming Metamorphosis of Intelligent Machines and will be published in 2013 by Oxford University Press. 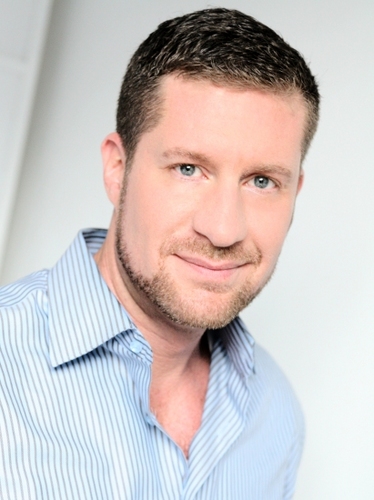 Jerry is currently the Chief Operating Officer at Physio Age where he leads and manages all operational and business aspects there. Since joining PhysioAge in 2002, Jerry has been responsible for business strategy, marketing & branding, finance, product management, patient relationship management, systems design & development and information technology support.

He received his BS in Finance from Rutgers College and his MBA from Rutgers Business School. He is a Project Management Professional and holds a certificate in E-Business from Baruch College. He spent 10 years with AT&T, where he was responsible for a $4.2B product line for mid-sized businesses. Prior to joining PhysioAge, Jerry directed Product Development at a Madrid-based software company focused on the information technology needs of airlines.

Geoff Anders is the founder and executive director of Leverage Research, an organization that seeks to make crucial scientific breakthroughs and develop revolutionary technologies. At Leverage, in addition to his duties as executive director, he conducts and oversees cognitive psychology research, memetics research and the development of large-scale societal models. Through his psychological research, he has developed a number of groundbreaking theories of human belief and action and sophisticated methods for modeling complex psychological phenomena.

Michael Blicharski is a serial entrepreneur and consultant based in NYC. After studying film and finance at NYU, Michael graduated after only 3 years and leveraged his extensive business connections to form key strategic partnerships with other entrepreneurs. He is currently a producer for Stick Figure Productions and HBO, creating films that highlight innovations in the fields of social media, artificial intelligence, and other emerging technologies.

Michael also manages several ventures in the IT and nonprofit sector – he is a strategic principal at Riaform Technology, the COO of Voter Logistics Inc., the director of accounting at Humanity+, and the chief media strategist at Leverage Research.

Jeff Lieberman explores the connections between the arts, sciences, education, passion, creativity, and the potential future of human consciousness. He hosts ‘Time Warp’ on the Discovery Channel, using technology to see beyond the limits of our normal human perception. He composes music in the duo gloobic, and has performed in Carnegie Hall. He shows technological sculptures around the world, to bring people an emotional and mystical connection with science and the universe. Having finished four degrees at MIT (BS: Physics, Math, MS: Mech. Engineering, Media Arts and Sciences), he is exploring the applications of technology to evolving and shifting human consciousness.

Kevin Jain is an undergraduate at Harvard University and founder of the Harvard College Future Society, a student organization interested in evaluating the impact of future technologies on the human and humanity. He currently serves as president.

In 2010, with this organization, he hosted and organized the H+ Summit at Harvard: Rise of the Citizen Scientist, with organizational assistance from Humanity+. The summit brought together over 60 speakers to discuss technological trends and impacts on society, with specific emphasis on transhumanist technologies, with topics ranging from artificial intelligence and neuroscience to aging research and education, whole brain emulation, and open source software to robotics and future democracy.

As a student at Harvard University, he is particularly interested in the effects of accelerating technologies on the human itself, and plans to graduate with a concentration in Economics. He is currently working on a book that outlines technological trends on three different time scales. The book would integrate a discussion of emerging technologies into academic discussions and provide a lens whereby to place different perspectives on technologies. He enjoys boxing and performing stand up comedy in his spare time. Feel free to contact him at kevinjain@college.harvard.edu